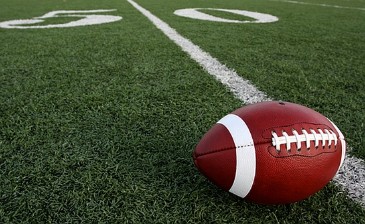 Coach Benjamin is originally from Matthews, NC. He attended Charlotte Christian School where he participated on the JV/Varsity Baseball, Varsity Football, JV Basketball and Varsity Track teams. He went on to play two years of football at Carson Newman University, and earned his BA in Journalism, and Radio/TV/Film Production. He is currently a member of the Carson Newman University Alumni Board of Directors. Benjamin's coaching experience includes a season of varsity baseball at Covenant Day in 2006. He joined the CDS football staff in 2016.

Coach Morgan lives in Waxhaw, NC, but is originally from the Midwest. He was a multi-sport athlete during his high school years at Southside Christian School,with a focus on football. Morgan continued his athletic career as a running back at Depauw University in Indiana where he earned his BS in Sports and Exercise Science. After graduation, Morgan attended Sherman Chiropractic College and is now a practicing Doctor of Chiropractics. Coach Morgan joined the CDS football staff in 2018, with three years of prior coaching experience.

Coach Tonsing joined the Covenant Day football staff in the fall of 2018. As a native of Waldorf, Maryland, he grew up playing football at Westlake High School. Tonsing also played for the University of Connecticut, where he earned his bachelor's degree in Economics. During his post-college years, Coach Tonsing played football for the Charlotte Cobras, a semi-professional football team in the National Public Safety Football League. He has been on the CDS football staff since 2018.

Join us as we work together to support our international students, Iffy and Eseosa, by donating new or like-new shoes for children in Nigeria during Missions Week March 1 - 5!