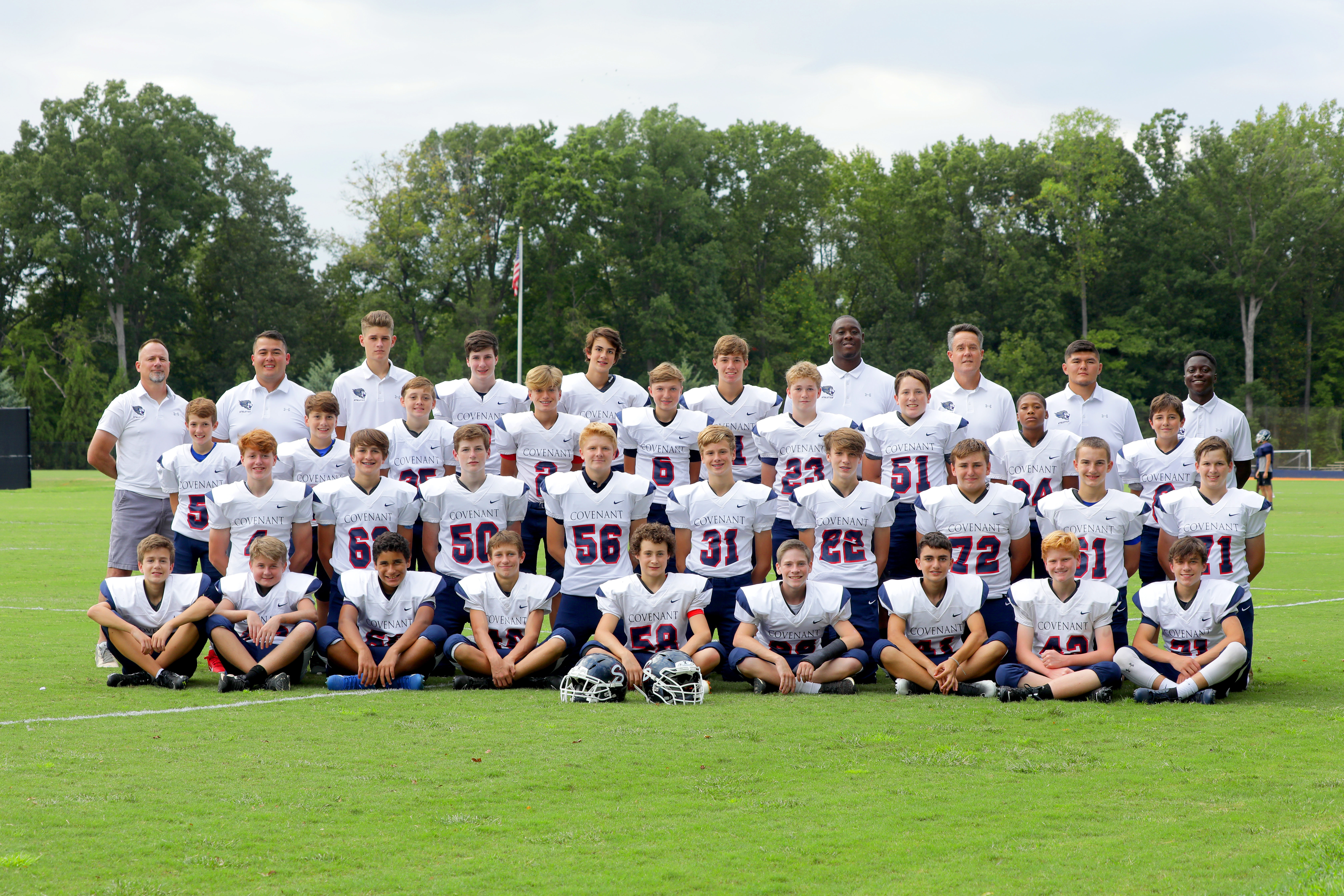 Coach Nguyen is from Indian Trail, NC and attended Porter Ridge High School. He competed on the football team at Porter Ridge where he was the starting varsity defensive tackle for three years. He earned All-Conference honors in back-to-back seasons and was named team MVP in 2009. Nguyen was also a member of the varsity track and field team at Porter Ridge and went on to play football and throw shot put and discus at Guilford College for two years. He was nominated as Freshman Player of the Year for the ODAC Football Conference while playing at Guilford. Coach Nguyen later transferred to UNC-Charlotte in 2011 where he earned his BS in Religious Studies. His coaching experience includes two years with the Carmel Covenant Cats before joining the coaching staff for Covenant Day in 2016.

Coach Fishburne is a native of N. Charleston, SC, where he began playing youth football in middle school. He later attended Garret Academy and started at the cornerback position for two seasons on the varsity while serving as team captain during his senior year. A multi-sport athlete, Fishburne also played varsity basketball at Garret Academy, earning him the Senior Athletic Award in 2018. Coach Fishburne is currently pursuing a bachelor's degree in Sports Management/Sports Coaching at Johnson C. Smith University. He gained one year of coaching experience with Pro Skills Basketball before joining the football staff at Covenant Day in the fall of 2019.