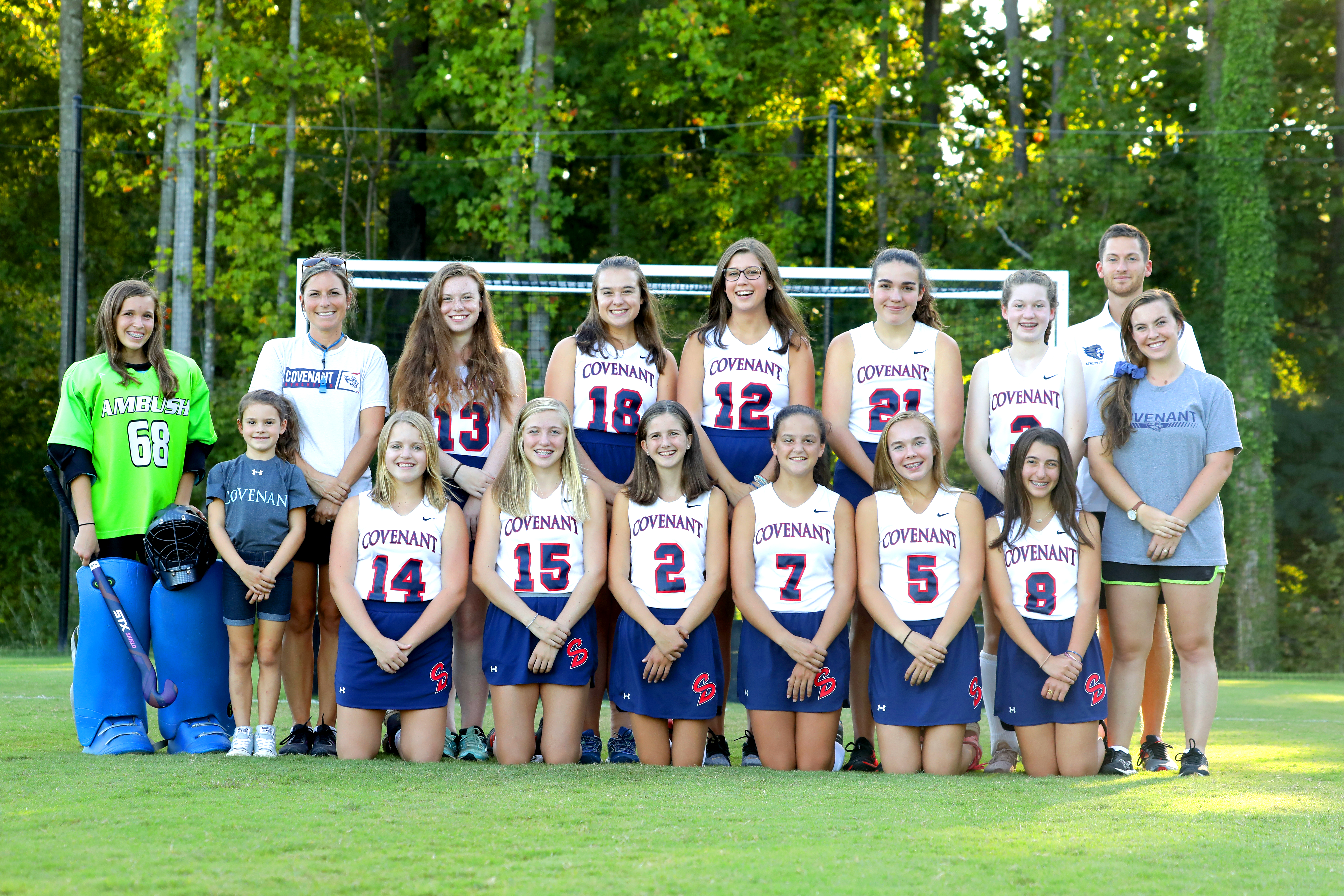 Coach Doster is a native of Charlotte, NC. He grew up as an all-around athlete, and chose to focus on playing basketball during his high school career at South Mecklenburg High School. Doster earned his bachelor's degree in education at University of North Carolina - Wilmington and has a K-12 certification for Health and Physical Education. He also attended Gardner-Webb University where he obtained a Master of Arts in Executive Leadership Studies (K-12). Coach Doster coached basketball at Friend School in Wilmington and Mint Hill Middle before joining the field hockey coaching staff at Covenant Day in 2017.

It was another blazing hot afternoon when the Lions hosted the Hawks from Charlotte Latin on Thursday, 9/26. The team gave it their all for 50 minutes but came up short against the Hawks. Piper East was back in the goal for the Lions and had a great game with the help of Katie Creel in the backfield. Madalyn Bradley also gave a key defensive effort during the matchup. Coach Doster was pleased that the team showed the ability to fight until the end even when things were not going their way.

The Lions battled Providence HS on Tuesday afternoon, showing tremendous team effort in spite of the loss. Lauren Chapman took on the role of goalkeeper for the match and had a great game in the cage. It was her first game playing this position all season and she did a great job stepping up for the team. Callie Fallis gave an all-around terrific performance on both ends of the field for the Lions.

Our JV Lions played an excellent game against the team from South Meck on a beautiful afternoon at the Matthews Sportsplex. Piper East had a tremendous performance in the goal, executing an ESPN-worthy save in the first-half to keep the Sabres off the scoreboard. MacKinley Barto also had an outstanding game as she worked hard to put the ball in the attacking circle. The Lions' strong team effort nearly earned them a tie-score in the final minutes of play, but time ran out and the Lions came up with a result of 1-2.

In a home game against the Buccaneers of Charlotte Country Day, our Lions showed a lot of heart while battling their way to a 0-2 loss. The team demonstrated great improvement transitioning the ball up the field and played an all-around great game. Freshmen, Millie Bryan and Alyssa Nichols had an especially good game in the circle and added to the Lions' solid performance.

The JV Lions played well as a team and pushed through until the end of the game in their first conference matchup of the season. Despite the 0-3 scoreline, goalie Piper East had an excellent game with many big saves throughout. Alyssa Nichols played great in transition and put us in position to score throughout the second half of the game, thought the Lions came up short in the final tally. Overall, the girls learned to fight together as a team even when the outcome is not exactly what they desire.

Our JV Lions faced the Pirates of Porter Ridge in their first official game of the season. Alexia Papanastasiou scored a beautiful goal off of a corner to put CDS up 1-0 in the first half. Great defensive play by Katie Creel and our goalie Piper East allowed the Lions to maintain their advantage throughout the game. The team finished with a 1-0 win, credited to tremendous overall team effort. Coach Doster was excited for the team to start their season with a win, and is looking forward to next week's game against Providence Day on Thursday, 9/5.