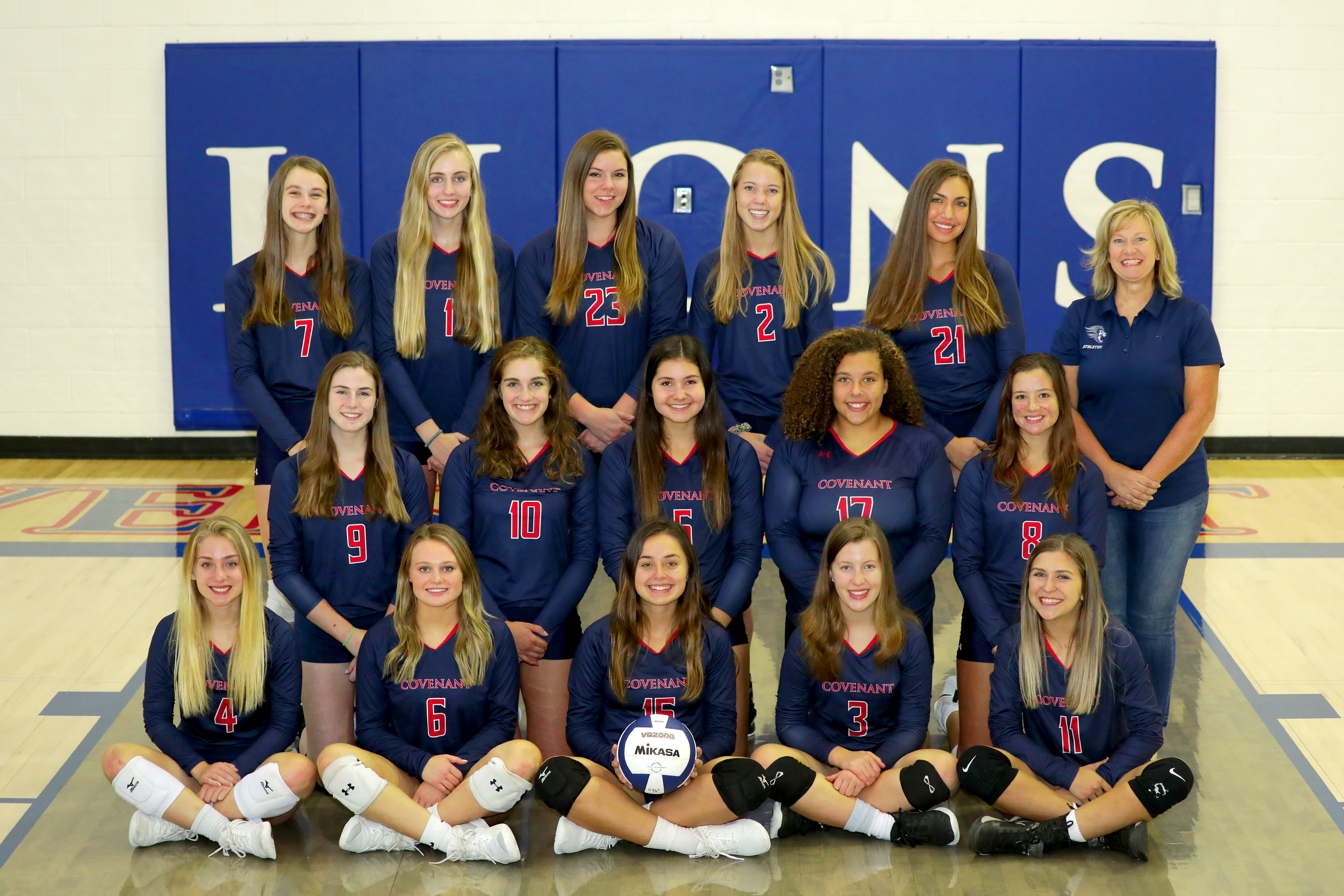 Coach Mills has coached high school volleyball for over twenty years, including the last fourteen at Covenant Day. She grew up around athletics on college campuses where she learned to draw upon the life lessons in teamwork and competition that come from participating in sports.Mills earned her BS in History/Political Science and Secondary Education from Oklahoma Wesleyan University, and also holds a Masters in History from Winthrop University. She currently serves students through a combination of athletics and counseling as the Director of Guidance and College Counseling at CDS. During the past eight years, Coach Mills has had several of her athletes go on to play collegiate volleyball at universities from the D-3 to D-1 level, and has taken the CDS Lady Lions to the 3A NCISAA State Championship finals for three consecutive seasons, earning the runner-up title each time. Since joining the Covenant Day coaching staff in 2002, Coach Mills is most proud of the community within the volleyball program where all coaches and players are contributing to an atmosphere that fosters teamwork, stewardship, spiritual development and tenacity.

Coach Stewart was a four-year varsity volleyball player during her high school career in Japan. She attended Central Piedmont Community College and UNC-Charlotte. She has worked as the Administrative Assistant at Christ Our Shepherd children's ministries for seventeen years. Her extensive coaching career includes two years in Japan, eleven years at the Carolina Juniors Volleyball club, and twelve years at Covenant Day at all levels from middle school to varsity. Coach Stewart joined the CDS coaching staff in 2004.

Beyond the Game with Meg Hopkins - South Charlotte Sports Report

Our Lions faced off with the Hawks from Charlotte Latin on Thursday in the CDS Main Gym. The team demonstrated great chemistry on the court and played to a win in five sets: 25-22, 25-11, 21-25, 25-16. Savannah DeCarlo dished up 29 assists, 10 digs and an ace, alongside Morgan Stophel who had three aces, 16 digs and 32 serve receive passes. Elle Kelada and Maddie Poole each had seven kills on the day, while Olivia Futch led with 13 kills, three aces and six digs. Tomorrow the team takes on Charlotte Christian at 5:30 for a home game.

The Lions played their first conference game of the season on Tuesday, as they traveled to Providence Day to take on the Chargers. The team started off strong and built a 5-point lead in the first set, only to see it slide away as PD took the set 19-25. After trailing for most of the second set, the Lions pulled into striking distance at 20-22, before the Chargers finished them off 20-25. Our girls led in the third set, 21-16, but PD rallied to take the lead and ended the game for the Lions, 23-25. Highlights from the game include nine kills from Olivia Futch and five from Robin Dixon, along with 19 set assists from Savannah DeCarlo, and three aces from Morgan Stophel. The team will re-group and host Charlotte Latin on Thursday at 6:00pm.

After the long drive to Raleigh, the Lions found themselves outmatched by their tournament opponents. While the team continues to grow and work on their chemistry, they will have many more opportunities to remain resilient and improve as they face challenges. As they move into conference play, the Lions are excited about continuing to build upon their 2-0 start to the season. They will face Providence Day on Tuesday, 9/10, in an away match at 5:30pm.

In their first home game of the season, the Lions hosted the Lancers of Legion Collegiate Academy. Our girls came out strong in the first set and notched a 25-14 win, but the Lancers worked their way back in as the Lions dropped the second set, 20-25. In a third set rally, our team pulled out a close win, 25-23, before getting narrowly edged out in the fourth set, 24-26. In the fifth, deciding set, our Lions gave an impressive 15-7 performance to end the night. Olivia Futch had two aces, four perfect kills and no errors in the fifth to give her a total of 22 kills for the match. Morgan Stophel led the way in aces, with six, while also leading with 14 defensive digs. Megan Carlson was key for the Lions with 21 serve-receive passes and nine defensive digs. Savannah DeCarlo completed 41 assists, and Elle Kelada and Robin Dixon each nailed 7 kills for the Lions. Next up for the Lions is the Volley with the Knights Tournament at North Raleigh Christian, Sept. 6-7.

The Varsity Volleyball Lions traveled to Greensboro to take on the Greensboro Day Bengals for their first official match of the season. Our girls found themselves trailing by seven at the beginning of the first set, but turned the scoring around and closed it out with a 25-16 win. The Bengals came back and squeaked out a two-point win in the second set before our Lions came roaring back to with the 3rd and 4th sets, 25-20, and 25-18. Savannah DeCarlo put up 38 set assists and served up 4 aces, while Olivia Futch led the team with 14 kills. Robin Dixon followed up with 10 kills, and Katie Hallenbeck added 8 more for the Lions. Top players with defensive digs were Megan Carlson, Taylor Houseton and DeCarlo with 11 digs each, along with Morgan Stophel and Ryan Ricketson who came up with 9 and 8 digs respectively. The Lions look forward to hosting Legion Collegiate Academy on 8/29.