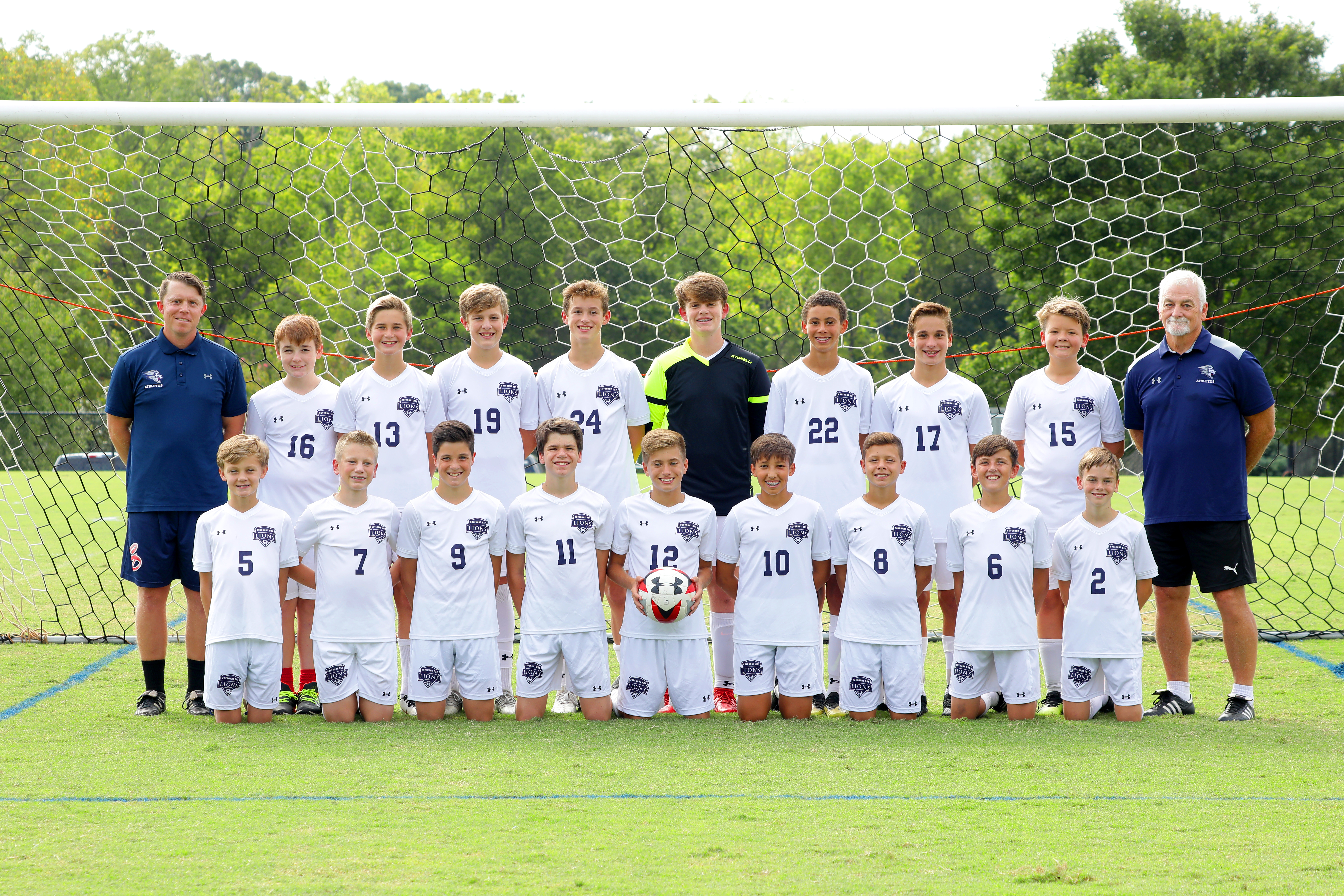 Coach Fuderer is a native of Hilliard, OH. He played four years of varsity soccer at HIlliard High School and four years for the club team at Miami University. He earned his BS in Education from Miami U. and is currently a middle school math teacher at Covenant Day School. Fuderer coached four years of varsity soccer at Independence High School, and has been coaching JV and Middle School Soccer for both boys and girls at CDS since 2007.

Country Day came out strong putting consistent pressure on CDS before taking a 1-0 lead on a great strike from the top of the box. CDS had a few opportunities to equalize before half but were unable to find the net. CDS had the run of play in the second half. An offsides call spoiled the equalizer midway through. Despite several other good chances, CDS didn’t score and dropped the game 0-1 to the Bucs.

The Lions went into this afternoon's encounter attempting to get back to winning ways, after a disappointing outing on Tuesday. The early exchange suggested the Lions were up for the fight as they dominated possession but were unable to test the Country Day keeper in the first half. Drama ensued at the end of the first half as Country Day launched an attack and unleashed a shot in the dying seconds which sailed into the back of the net. Fortunately the goal was called off as it crossed the goal line after the first half whistle blew. Ten minutes into the second half, the Bucs got their goal as their forward connected with a through ball and fired the ball into the net. This did not deter the Lions as they kept probing for an equalizer which arrived with 9 mins left on the clock. Andrew Futch squared the ball to Cole Williams who spun expertly away from his defender and accelerated towards goal. Williams picked his spot and placed the shot beyond the keeper into the back of the net. Not to be outdone, the second half had its own dramatic spin. With less than10 seconds on the clock, Caleb Hylton found Seth Novoselich, who confidently struck the ball across the keeper and into the back of the net with 3 seconds left on the clock to secure a 2-1 win.

Our Covenant Day Lions entered the game vs Holy Trinity in an optimistic mood, which was reflected in their early play. The first ten minutes saw the Lions start the game on the front foot as they put pressure on the defense of Holy Trinity. Unfortunately the early dominance of the Lions did not pay dividends. Holy Trinity took the lead midway through the first half, as the Bulldogs' forward showed great pace by breaking through the Lions' defensive line to secure a 1-0 lead going into the half. The second half had a similar feel to the first as the Lions kept pushing forward for an equalizer. Their endeavors were not fruitful, and even though CDS had the lion's share of possession, it was the Bulldogs who notched a goal late in the second half, leaving the Lions empty-handed as they suffered a 0-2 loss.

The MS Lions won a nail-biter of a game against the visiting Providence Day Chargers on Tuesday afternoon. Just 20 minutes into first half, Caleb Hylton scored with a well-struck shot that sailed over the keeper’s head and slightly under the crossbar to give the Lions 1-0 lead. In the second half of play, the Lions got caught on their heels 5 minutes in, and they created a penalty in their own box. The Chargers scored on ensuing penalty kick to even up the score at 1-1. Throughout the second half, the Lions struggled to keep the ball on the opposing half of the field and goalkeeper Kessler Forrest made multiple fantastic saves.

With 1:20 left in the game, the Chargers placed a flurry of shots on the Lions' goal. Kessler Forrest remained steadfast - all shots denied! The Lions used the last minute to advance the ball to the Charger’s defensive half, and with 20 seconds left in the game , Cole Williams found the Chargers' goalie out of position, and he chipped a long floater over the keeper's head. GOAL!!!!!
On the ensuing kickoff, the whistle sounded to end the game - CDS wins 2-1!

The Lions scored on the Cougars midway through the first half and took a 1-0 lead into halftime. Cannon came out strong in the second half of play and scored 2 goals within a 5-minute span to take a 2-1 lead. Cannon withstood a flurry of shots from from the Lions persistent offense and was able to hold on to a hard fought victory.

Charlotte Latin proved to be a tough competitor and the Lions had to weather the early storm of the Hawks' attacks. After some resolute defending, the Lions took the lead when Cole Williams found the top corner of the net from 20 yards out with 10 mins on the clock. The assist on the goal was provided by Caleb Hylton who joined Williams on the score sheet 10 mins later after bending in a free kick from close to the corner flag which sailed over the Hawks' keeper. The half ended with the Lions leading 2-0.

Five minutes into the second half, the lead was extended to three when a goal mouth scramble involving Ethan King and Seth Novoselich resulted in Williams getting the final touch and bagging his second goal of the game. The Lions kept pushing and Sean Freace sent a free kick just over the bar as the Lions pressed for a fourth. In the 38th minute the fourth goal arrived, as Hylton struck a free kick from 25 yards which evaded the players in the box and nestled in the corner of the net to make the score 4-0.

The 48th minute saw the Hawks take one back before Landon DeCarlo and Matthew Chapman combined to provide an assist for Everett Macurda to score in the 52nd minute, boosting the Lions' score to a 5-1 final result.

The CDS middle school boys soccer team battled to a tie against a very physical Holy Trinity squad on Tuesday. From the opening whistle it was clear that both of these teams wanted to get on the board early. Within the first few minutes of the game, Holy Trinity was able to slip in a player on goal, who was taken down in the box. On the resulting penalty kick, Kessler Forrest was able to come up with his first of many saves in the game. Later in the first half, Caleb Hylton beat a defender outside the box and ripped a shot that flew past the keeper just under the crossbar. The lead did not last long, as Holy Trinity was able to equalize with a goal of their own a minute later. Despite solid efforts by both teams in the second-half, neither team was able to score a game-winner and the result was a 1-1 draw.