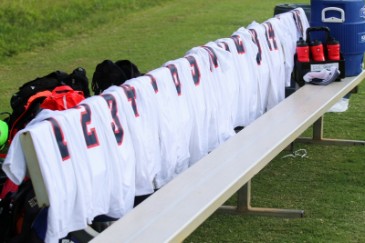 Coach West is originally from Toronto, Canada and has resided with his wife and two children in Charlotte, NC since 1993 when he joined staff with the Charlotte Eagles Soccer Club sports ministry, where he currently serves as the International Training Director. He has played soccer at various levels for 45 years, including five seasons with the Charlotte Eagles’ pro team and the Fort Wayne Flames professional indoor team. West has been coaching for 30 years at youth, college and pro levels and he continues to train teams and coach locally and internationally in sports ministry. He has been on staff with CDS since 2013 and has enjoyed coaching both boys’ and girls’ JV and Varsity teams.

Coach Steffens is a native of Huntington, NY. He attended The King's College in New York City, where he earned his BS in Health and Physical Education. Steffens has more than 40 years of playing and coaching experience at the high school, college and professional level. He played four years of college soccer before signing with the New York Apollo, co-champions of the American Soccer League in 1975. He served as an assistant coach for the New York Arrows and New York Express of the Major Indoor Soccer League before moving into the head role with the Arrows in 1986. Steffens returned to youth coaching at the high school level and also served as coaching director for the Long Island Junior Soccer League (LIJSL)

After spending his entire life and career in New York, Steffens moved to Charlotte in 1997, where he accepted the head coaching role with the Charlotte Eagles. He served in this role from 1997 to 2014. Under his direction, the club won two USL-2 Championships. He was awarded the USL-2 Coach of the Year award twice in 2004 and 2008 respectively. In 2007, he was named into the USL Hall of Fame. He left as head coach when the Eagles decided to self-relegate after the 2014 season, but currently serves as the team's technical director. Coach Steffens joined the Covenant Day coaching staff in 2016.